Whilst original information is scarce, it is thought that Starkodder was built in Sweden during 1938. However, the construction of the vessel may suggest that she could be a conversion from a 1920s working vessel. 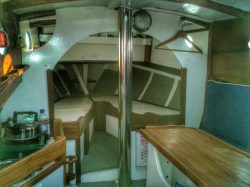 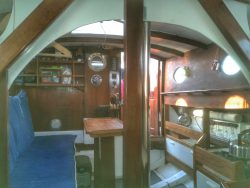 Starkodder is built of pitch pine on heavy oak frames using galvanized iron nails. The Mast, deck and cabin are all original and the cockpit appears to have been re-built. The engine is a 2-cylinder Volvo Penta dating from the early 1960s that has shown itself to be very reliable.

In 2002 the Starkodder was transported from Sigtuna in Sweden to the Mediterranean where she underwent a partial refurbishment and most of her original interior was lost.
Later, in 2006 she was shipped to the UK and underwent a substantial professional refurbishment and has had regular  maintenance since.
With her primary use in recent years being as a display boat at the London Classic Boat Show. 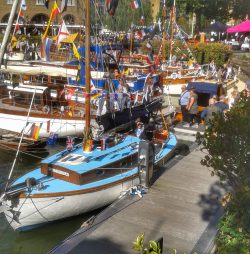 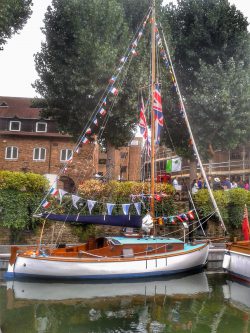 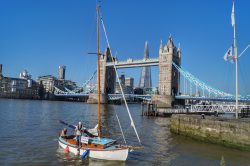 The owner has found learning to sail in Starkodder, quite interesting as the twin adjustable backstays and very large sails are far more suited to a Swedish fjord than the Thames!